The sea is the largest unused area in the world which offers opportunities for renewables as these require otherwise space on land. Scientifically-valid comparisons between PV on land and PV at sea are today still inexistent. The project Comparitive assesement of PV at SEA versus PV on LAND (CSEALAND) is set to be the first worldwide benchmark.

Doelstelling
In this project, Utrecht University (UU) and Oceans of Energy B.V. (OOE) cooperate to empirically compare the performance of solar panels at the North Sea with solar panels on land. This is the first time that such research is conducted. The outcomes will be used to (1) validate the performance of solar PV in North Sea conditions, (2) develop generic performance insights which can be used to accurately estimate performance in different settings and (3) test several design-configurations to determine optimal settings. It is expected that this allows for an estimated PV-yield gain of up to 15% compared to a similar application on land. Therefore, this project meets ‘programmalijn 1d’, in which it is the main goal to develop PV-system components which can significantly increase the yield and the (economic) value of PV-applications.

Korte omschrijving
The floating unit will be detail-designed, fabricated, assembled and installed offshore (and at the end of the project decommissioned). A similar setup will be commissioned on land. Both systems will be monitored during 12 months and a model is maintained to track PV-performance and allow accurate comparisons. A financial assessment will be conducted at the end of the project using the results from the measuring and monitoring to determine the economic implications for potential projects.

Resultaat
The main result is a world’s first scientifically-valid comparison of the performance of PV at (the North) sea with PV on land. This is valuable from a scientific perspective as (1) the sea has the largest potential for PV applications worldwide (2) PV at sea can increase PV yields by 15%, (3) comparisons of PV on sea and land are yet not available, (4) the sea-conditions can influence PV-performance in numerous (and not yet studied) ways including by salt deposits, marine animals, and dynamic behavior from waves. Technically a lot will be learned from the system behavior and how to optimize the system for greater yields and higher system robustness by testing several design configurations. From a business perspective, the external credibility of the system performance will be increased by showing scientifically proved results 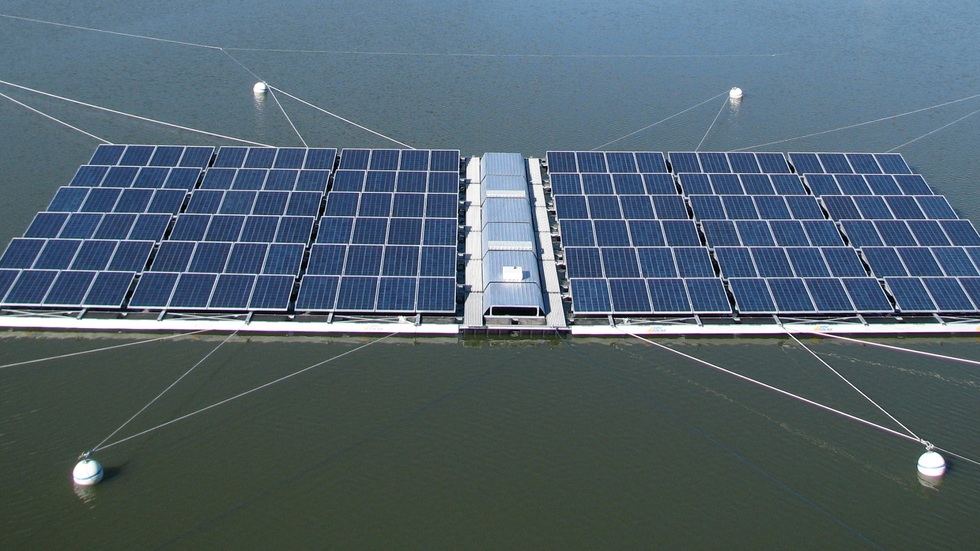